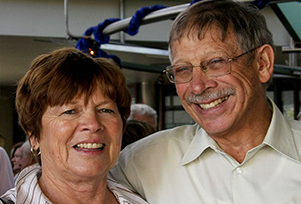 The story of Brian and Jeri du Plessis, the founders of Siyakholwa, is one of miracles and perseverance.

In 1997 Brian du Plessis retired from Barlow Rand, and together with wife Jeri, they sold their home and almost everything they owned in Krugersdorp, South Africa. With their old caravan in tow, they set out in search of a destitute community to serve. After scouting several areas, they landed in Keiskammahoek and have been there ever since.

With their caravan parked in an old, deserted milk shed, Brian and Jeri encountered numerous trials, errors, and were often left wondering if this idea of serving communities in need was in fact God’s plan for their lives.

Learning from numerous experiments like growing cabbages with no market to sell them, they slowly began implementing projects to uplift the poorest living in their new community.

With this focus on uplifting people, they fixed and planted. From teaching people basic agriculture, to how to fix old toilets, their work did not go unnoticed. Soon Siyakholwa saw government and corporate interest in joining them to help people to rise from poverty. 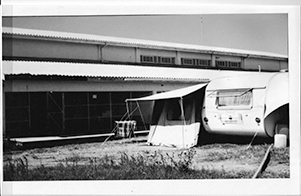 The projects have been amazing and with each faithful task completed, more has been entrusted to the growing organization of Siyakholwa. Today more than 7,000 workers in multiple locations are being trained with skills for gainful employment and entrepreneurship.

Brian and Jeri remain involved on the executive committee; however, with a younger team emerging, they now are enjoying life as grandparents as well. They will tell you that God has been faithful and that this story is not about them. They were simply the hands He could use to get Siyakholwa off the ground, and are delighted to see the increasing impact on many lives and communities.